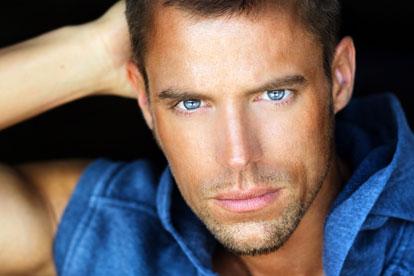 The Cancer men are strongly influenced by the phases of the moon which gives them a character variable like them. In this particular point, emanates the rest of his personality and anyone who wants to be at his side must learn to understand him.

Men under the sign of Cancer are sincere and playful. They like to have fun, have good times with friends and be as far as they can be from problems. The Cancer men do not want to be in the midst of difficult situations and do their best to avoid being in situations that they do not want to be in. They are therefore the most honest and responsible. Humble and big-hearted people, men of this sign do not let anyone hunt on them because they know their character and when they want to give their heart, they ensure that it will not be broken.

As for friendships, Cancer people are partly open; they never show their character and responsibility, they are more vulnerable than one might think and want to protect their heart as much as possible. However, they are sincere and this makes them good friends. They are fun and exciting, but now and then you will feel like being calm and that's where friends are going to have to respect him.

In love, Cancer men do not give in very easily. They are very observant and this is a great quality when they love. They will never say "no" but neither will they say "yes" to the first person who is interested in them. They will do whatever they can to remain friends, but leave only few people close to his heart. However, when a man under the sign of Cancer falls in love and gives his heart, he will be next to this person for life.

Great worker, known for their qualities in jobs that require creativity. They love new technologies and if they can work on them, the better. They appreciate the work and are responsible, so they are usually committed people that last a long time in the same company. They are good companions and, despite being somewhat ambitious, try not to trample anyone on their way.

Men born under the influence of the moon are more vulnerable than you may believe. They are people who are lovable and sentimental, which require having a person with stability at his side.

How to attract a Cancer?

Send us your suggestions